This is a Guest post by Chris Murphy. Chris is studying sports journalism. Writing about the world’s best darts players on 1 Hundred and Eighty Blog

It was announced last night that the four wild-card picks for the Premier League would be Simon Whitlock, Raymond van Barneveld, Andy Hamilton and Kevin Painter.

Those selections, chosen by SKY SPORTS and the PDC, join the top four in the world rankings; Phil Taylor, Adrian Lewis, James Wade and Gary Anderson. 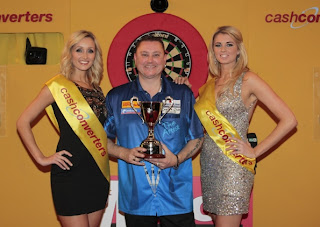 Painter and Hamilton will both debut in the prestigious tournament when it gets underway on February 9th. Terry Jenkins and Mark Webster missed out after being included in the event last year.

There had been plenty of speculation as to who may have been given the nod. Self-styled bad-boy of darts Paul Nicholson had been regularly mentioned as a potential pick. There was also late rumours that two-time BDO World Champion Ted Hankey could be a shock inclusion.

1hundredandeighty asked some of the biggest names in darts for their reaction.

Premier League presenter and Sky Sports’ face of darts, Dave Clark said: “I think Painter and Hamilton earned their places. Nicholson may have been close but probably needed to go at least a step further in the World Championship to be included. There is no getting away from the fact that van Barneveld is the second most popular player in the world, the crowd adore him and he has to be there. I know he is delighted.

“Personally I think it would be nice to see someone like Vincent van der Voort in the competition, he has a great walk on, which really gets the crowd going and he’s an excellent player and a fast thrower too. It’s a great line-up though and in terms of who will win; I think Phil Taylor will be hungrier than ever and will go on to claim the title for an incredible sixth time.”

Former Premier League star, Wayne Mardle said: “It’s a great line up. I’m really happy for Painter and Hamilton. Barney has to enjoy his darts again and the Premier League will help him do that. For me, Taylor wins again.” 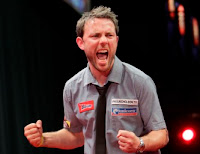 No place for Nicholson

Commentator, Stuart Pyke said: “Nicholson was close but was probably edged out by Hamilton’s run to the final of the World Championship. The Asset may well be included next year, but the rest, fair enough. From the top of my head I think the finals night will be made up with Taylor, Anderson, Lewis and Whitlock.”

Darts legend and three-time World Champion, John Lowe said: “Hankey wouldn’t have been able to play at Lakeside and in the Premier League, so I don’t see any surprises in the line-up.”

Newly crowned PDPA Player’s Player of the Year, Justin Pipe said: “I’m quite happy with the line up to be honest. They are all in on merit so there’s nothing more I can say.”

Lenny Boyle, darts writer for The Mirror said: “Premier League qualification is all about peaking at the right time, all year we’ve been talking about Nicholson and Newton, but they didn’t deliver in December. Kevin Painter, Andy Hamilton and Simon Whitlock did. This should be Barney’s last year if he has another year like 2011. I think Taylor will beat Lewis in the final.”

The selections have provoked mixed reactions but one thing is for sure; that if the World Championship is anything to go by, then we are in for a 14 week treat.